When to Go | Weather in Bora Bora & Tahiti 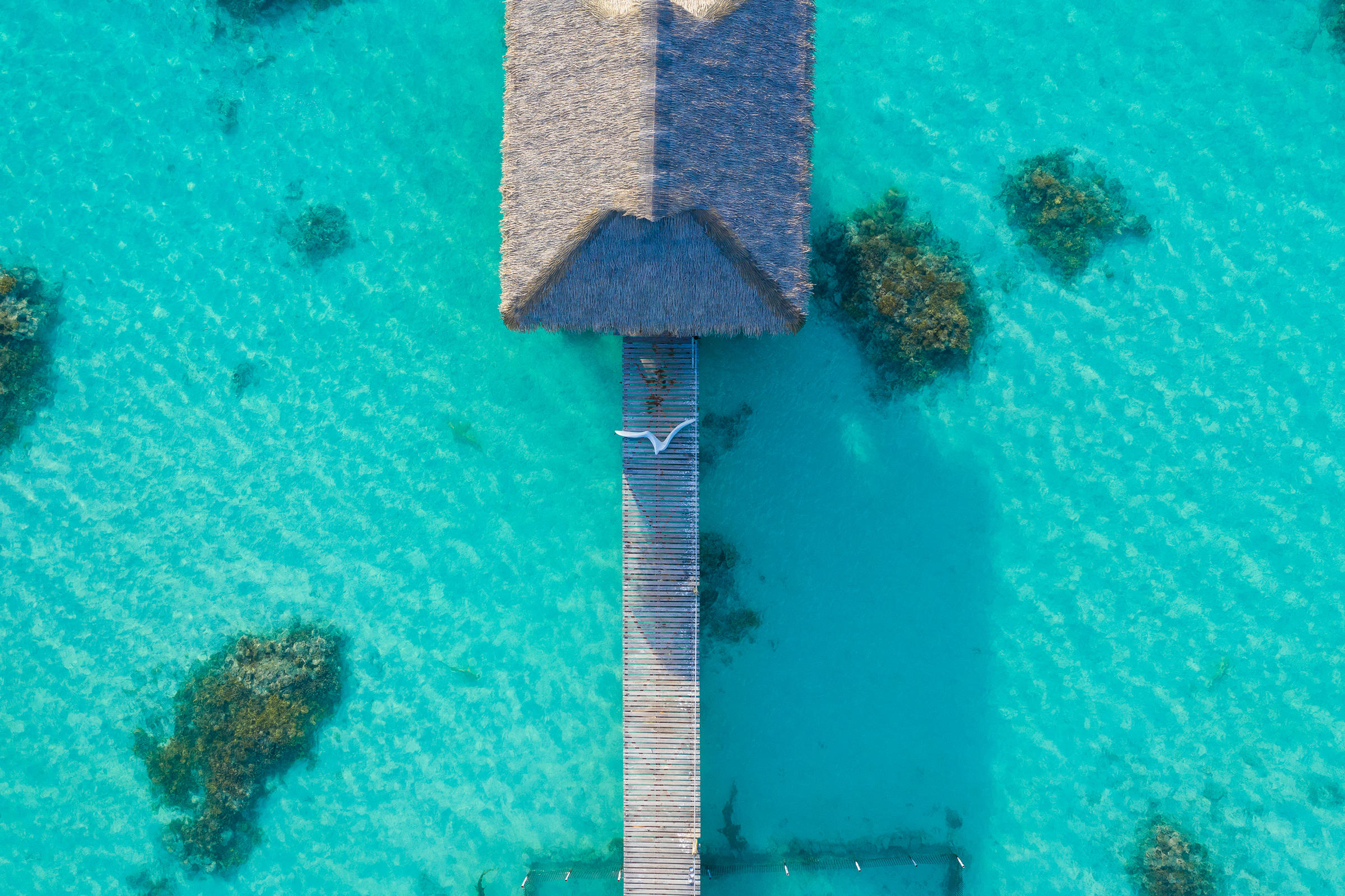 When is the best time to visit Bora Bora and The Islands of Tahiti?

Weather in Bora Bora and Tahiti

The weather in Bora Bora and Tahiti truly make the islands a year-round destination.

French Polynesia enjoys warm, tropical weather all year-round. Cooled by the gentle breezes of the Pacific, the climate of these islands is sunny and pleasant and one of the most stable on Earth.  Because Tahiti and her Islands are below the Equator, the seasons are the reverse of those in the Northern Hemisphere. The average annual ocean temperature is in the low 80’s.

Roughly speaking, there are two seasons in Tahiti.

Our team has experienced “perfect” dry and warm weather during visits in December and have had some days of cloud and rain during the drier months of July and September.  However, the weather is generally, much drier, warmer, and sunnier, all year round than Hawaii as shown in the chart below provided by Tahiti Tourisme.

When is the Best Time to Go?

Please keep in mind, unless indicated otherwise, the prices shown on our website are for "Low Season" travel.

Generally speaking, low season rates are about 10% to 20% less expensive than high season rates depending upon the islands and hotels you select. Although, we are currently seeing unprecedented deals for High Season this year.

If you would like more information about the seasonal special offers and travel deals for certain times of year, please take a look at our comprehensive list of Travel Deals. 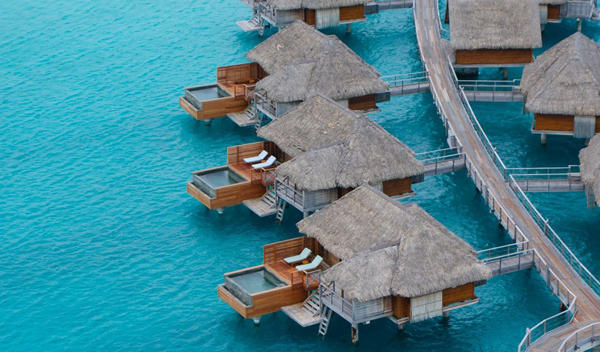 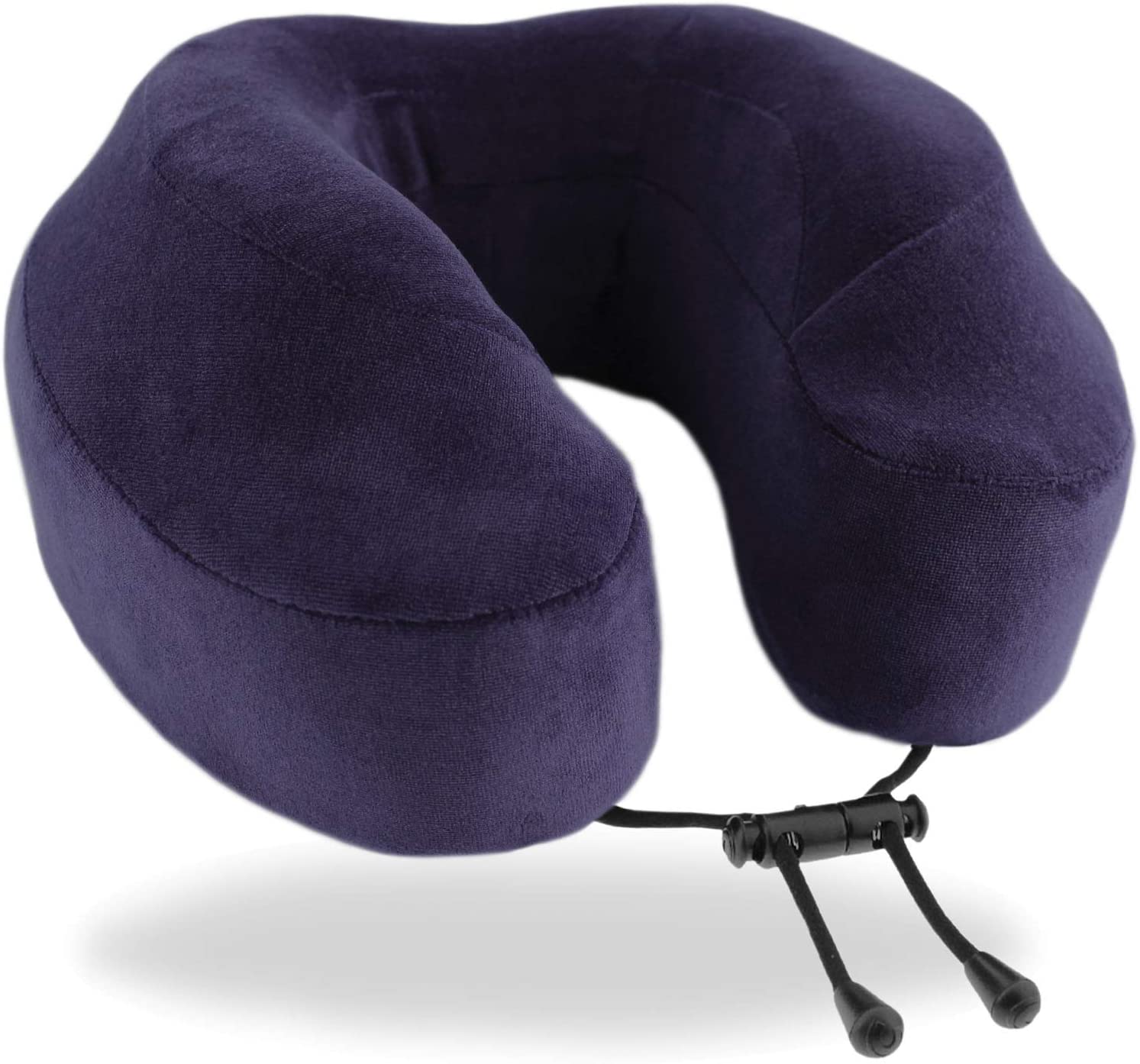 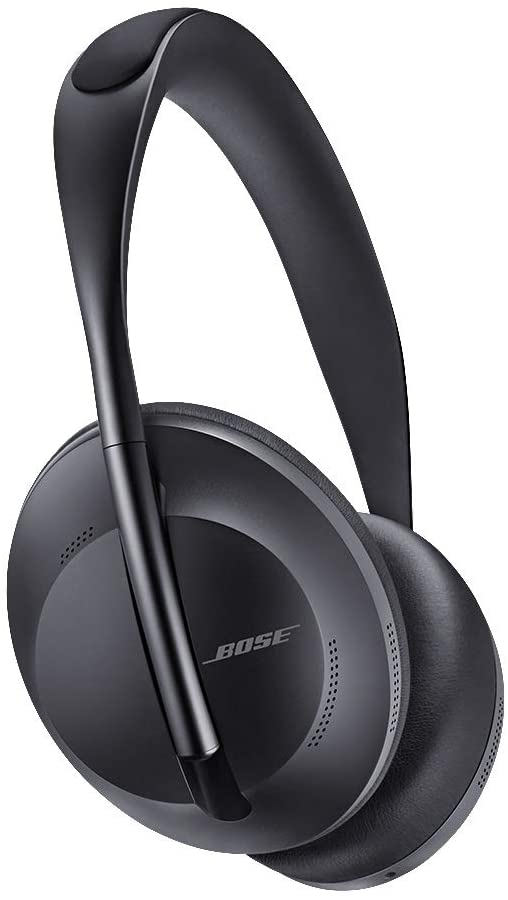 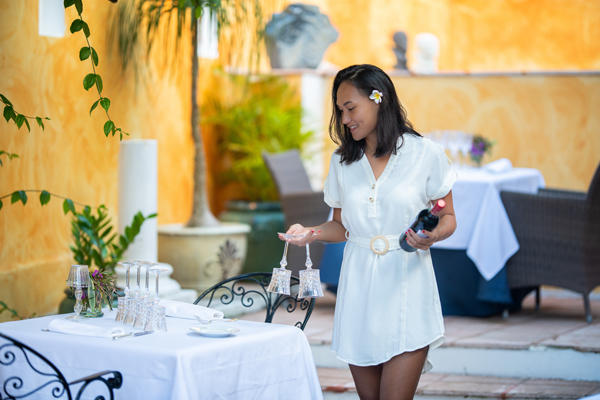 Restaurants and Dining in Bora Bora and the Islands of Tahiti
We are often asked about the cost of food in Bora Bora and Tahiti. Food tends to be a bit expensive in French Polynesia. It is on par with dining out in New York, Los Angeles or Honolulu. If you are trying to stick to a preferred travel budget, regardless of how much you plan to spend, the cost of dining in French Polynesia should be considered in your travel and vacation planning.
Read More 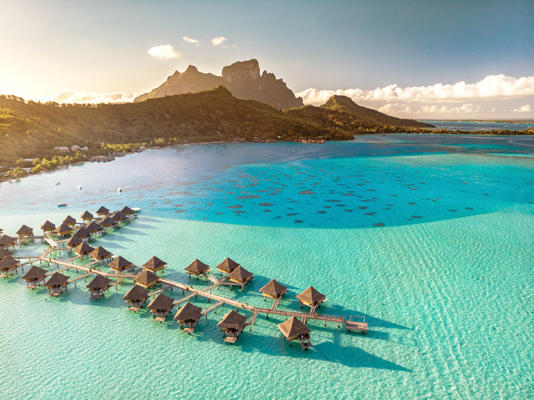 Which Polynesian Islands and Hotels to Visit
Which islands to visit and how many islands you should visit depends a lot on how long you plan to stay in French Polynesia.We typically advise clients to spend at least 3 nights on each island in their itinerary (except possibly the Island of Tahiti). Spending less than 3 nights tends to make travelers feel too rushed. After all, you are going there to at least try to relax.
Read More

Are you currently planning a Vacation or Honeymoon to Bora Bora and Tahiti? Or, do you just have questions about the destination?

Either way, we can help. 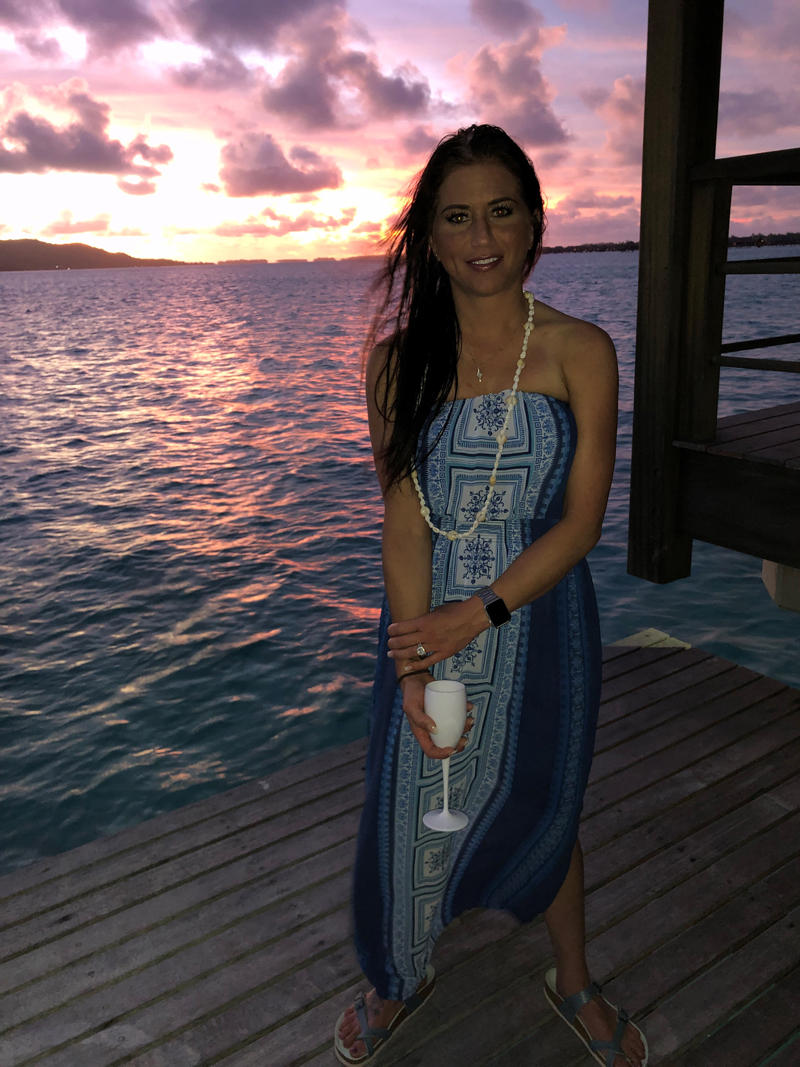 The St. Regis Bora Bora Resort is absolutely incredible. There are no words to describe the beauty of Tahiti and the staff there was wonderful. I cannot thank Venture Tahiti enough for helping us book the most incredible experience of our lives!! We plan on bringing our children there very soon! 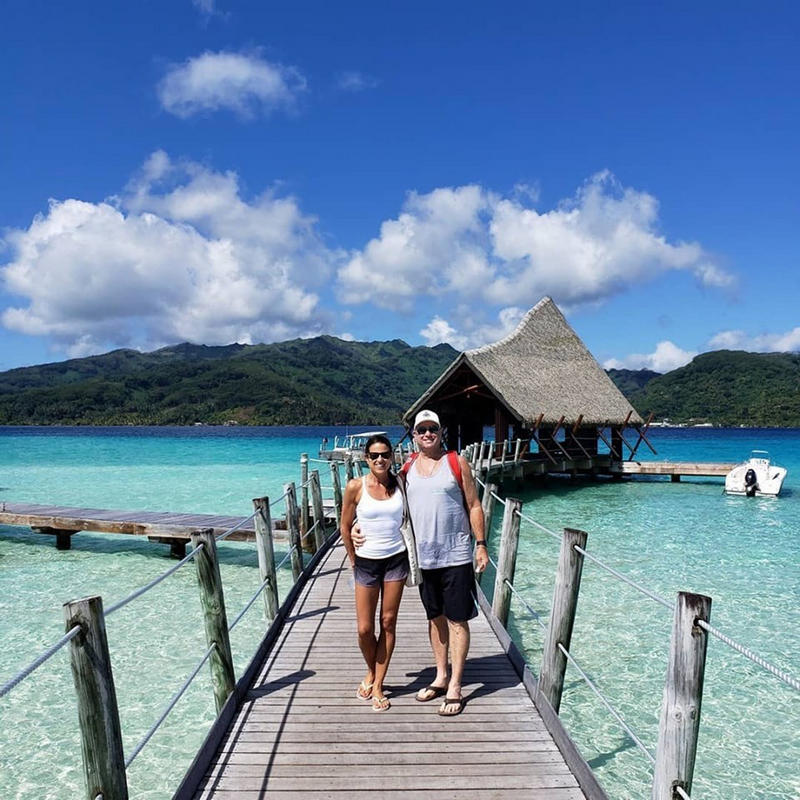 The spa is beautiful, we had a great couples massage! ...the excursions are amazing & the best snorkeling channel around! Its worth every penny you spend and an experience of a life time! The sunsets are the best you will ever see! We used VENTURE TAHITI in Boca Raton, Florida to book our trip and it went off without a hitch. They did an excellent job and I highly recommend them! 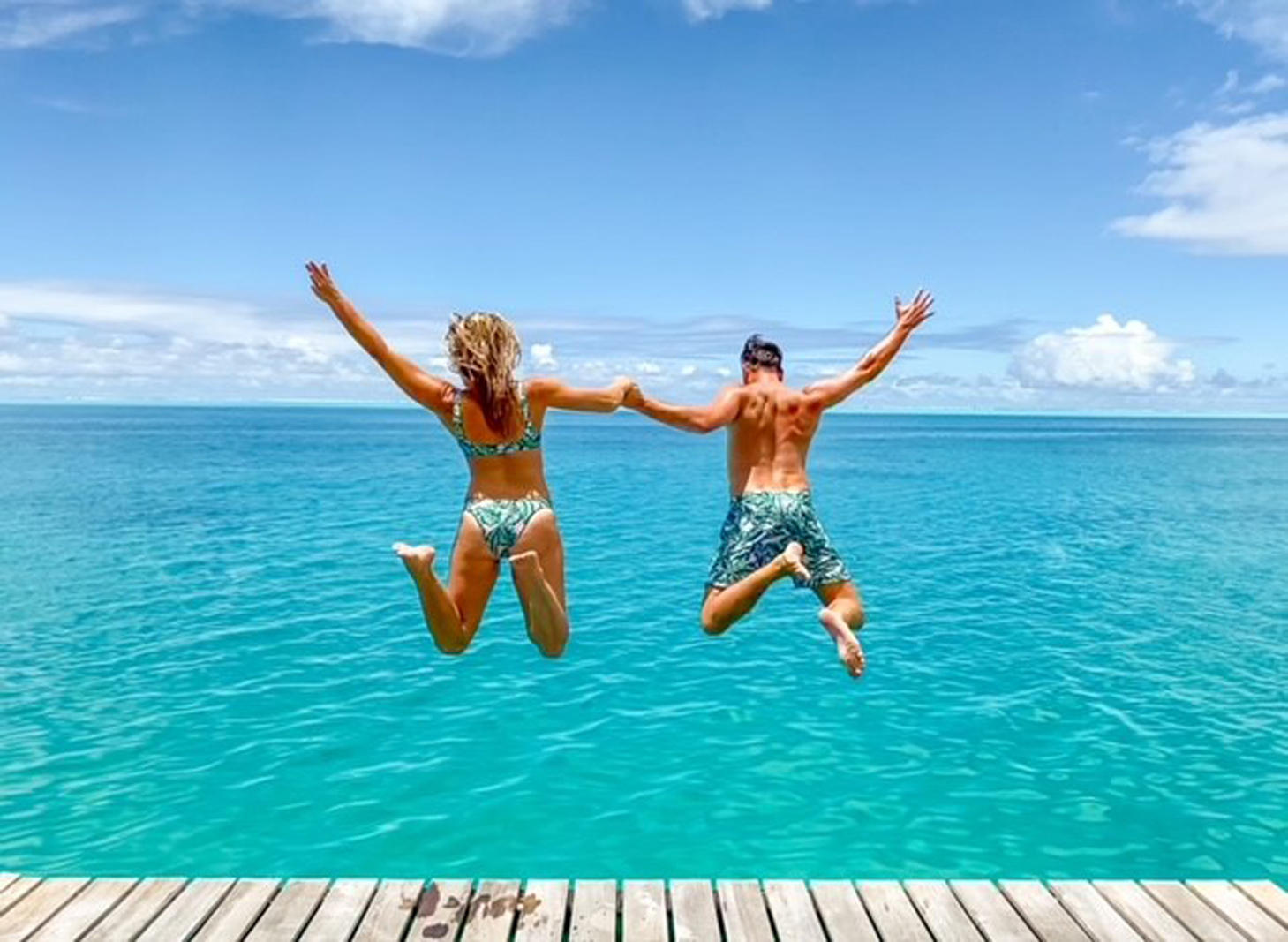 I wanted to say thanks for helping us set up an amazing trip. We are home safe & sound! Everything was wonderful-- I am so happy you recommended the Shark & Ray tour on Bora Bora-- it was by far our favorite thing that we did! We ended up relaxing on Taha'a as it was the most perfect place to unwind and get massages. All of the hotels were awesome-- Le Taha'a Resort and The Conrad were our favorites! We absolutely loved our beach bungalow (it was huge!!)